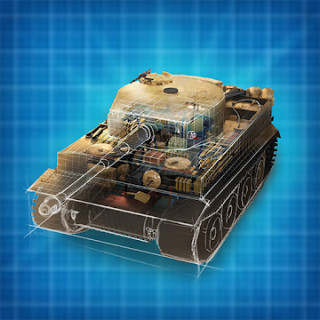 Idle Panzer is a fun casual game about building WWII tanks and testing their combat qualities during battles.

Why not use your engineering and design skills to recreate the combat vehicles of the past. At the beginning you will see an empty platform on which you need to assemble the tank, part by part. Click on the screen, earn money and buy spare parts for them. Do not forget to download the jailbroken Idle Panzer for Android for free, so that you always have enough funds. Put all your efforts into assembly without worrying about a thing.

Explore the features of iconic combat vehicles from Panzer I to Tiger I and more. Replace parts, upgrade and find out everything you can about the “insides” of the tanks. Find out about the functions of the transmission, planetary slewing gear, track roller, track, idler wheel, control levers, motor bulkheads, and other items. Install large-caliber machine guns, telescopic sights and cannons. Then put your tank to the test.

Take part in battles trying to destroy opponents as quickly as possible. Despite the fact that the battles here are not as spectacular as in US Conflict – Tank Battles, you will get a lot of fun from the battles. Invest the resulting gold in further development. Unlock new types of tanks, they will differ in technical characteristics, design solutions, appearance, maneuverability and power. Become a specialist in all the famous tanks of the mid 20th century.

Mod “A lot of money” will equip with money and gems that increase.