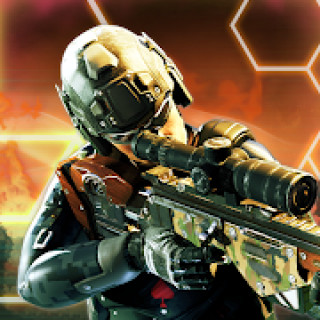 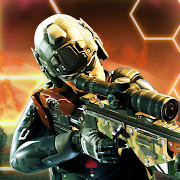 Kill Shot Bravo is an atmospheric simulator in which you have to become a special forces fighter on missions all over the world.

As in other games in the Kill Shot series, Kill Shot Virus, your hero goes deep behind enemy lines to destroy terrorists and criminals. As a sniper, he must complete over 200 exciting missions. From guerrilla warfare in the impenetrable jungle to the Mediterranean islands, the world is at your feet. Use the best assault rifles, machine guns, shotguns, rifles, thermal sensors and modern military equipment.

Shoot while driving cars or flying helicopters. Complete tasks to clear buildings, destroying targets one by one. Watch in slow motion as the bullet pierces the enemy’s body. Upgrade your equipment and weapons. Wear fancy helmets, gloves, body armor, masks and more. Look for convenient positions in each location, shoot at long distances of hundreds of meters. Take part in epic multiplayer battles and prove your superiority.

Unite with other gamers in alliances and complete team tasks. Get achievements, participate in weekly quests, win prizes and bonuses. Chat with like-minded people and think over the tactics of each battle. There is nothing easier than downloading the hacked Kill Shot Bravo on Android for free to become financially independent from the beginning of the game. Immerse yourself in a dizzying adventure where danger awaits every second.

Mod “Infinite Ammo” will allow you to get infinite cartridges, remove reloading.