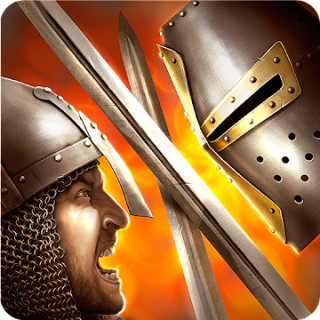 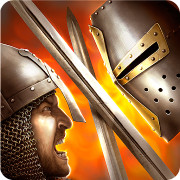 Knights Fight: Medieval Arena is an extreme action game that turns the player into a medieval knight who participates in arena battles.

It’s no secret that the Middle Ages were known for their brutality. In knightly tournaments, bloodlust reaches its climax. You will fight rivals to transform from a beginner into the best warrior in the kingdom. Choose a mode that is more attractive. Fight artificial intelligence, complete dangerous challenges, defeat friends in local battles over the LAN, or fight strangers in online confrontation.

Pick up a sword, mace or battle ax. Equip the hero with armor, shield and helmet. Unlock stronger and more powerful equipment. We advise you to download the hacked Knights Fight: Medieval Arena for Android for free to increase the chances of success. Challenge legendary warriors who know no pity or fear. Attack and dodge, jump and make false attacks to deceive the enemy.

Use several buttons during the battle. Make spectacular combinations and crush your enemies with super hits. Complete daily tasks and win rewards. Raise your rankings to top the global leaderboard. Show your talents in thousands of arenas, in dark dungeons and even over an abyss. Practice and train yourself to win the title of the great and invincible knight.

Mod “A lot of money” will open an unlimited number of coins, medals, silver and energy. But the first launch must be with the Internet turned on.