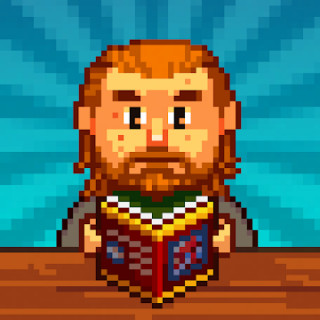 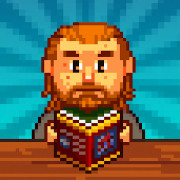 Knights of Pen & Paper 2, RPG, pixel game is a wonderful role-playing game that simulates a board in which you will be both a master and a player at the same time.

Embark on an adventure across fabulous locations … sitting at a table. Take on the role of both master and gamer. In this case, you can select heroes depending on your preferences. They belong to different races and have unique abilities. Invite an elf, warrior, gnome, archer, knight or anyone else to join the team. During an unusual journey, you will need to fight enemies, reveal secrets and solve riddles.

As in the previous part, Knights of Pen and Paper +1, move into dungeons, pirate ships, castles, green forests and even a regular room. The number of locations reaches several dozen. Defeat huge toads, skeletons, fearsome guards, pirates and other creatures. Get useful items and craft from them the things required for passing the tests. Pump up the abilities of the heroes, make them stronger, more powerful and customize their appearance.

You’ll love old-school pixel art, turn-based battles, a custom team, and pop culture references. We recommend downloading the hacked Knights of Pen & Paper 2, RPG, pixel game on Android for free so that no difficulties become an obstacle to having a fun pastime. Side quests, dynamic underground labyrinths and intrigues will turn the game into one endless entertainment.

Mod “A lot of money” will provide you with endless money and MP.