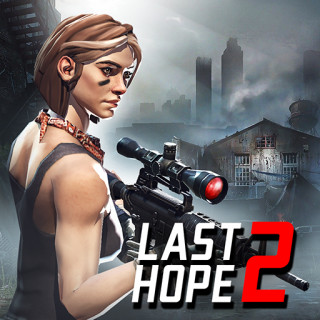 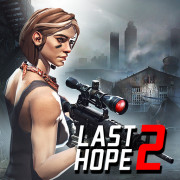 Last Hope Sniper – Zombie War: Shooting Games FPS is a dizzying action game about survival and rescue of survivors in a zombie invasion as a sniper.

Find yourself in a post-apocalyptic world filled with crowds of the walking dead. You will become the hero people are waiting for. Shoot, explode, destroy monsters, rescue survivors and take them under your wing. Come out victorious from over 150 missions, in each of which hordes of zombies will try with all their might to turn you into their own kind.

Use the best weapons to repel the most powerful monsters. Rocket launchers, sniper, assault rifles, pistols, grenades and much more will be needed in a difficult task. Rescue people in trouble by shooting directly into the head of zombies from a long distance. Watch in slow motion as the bullet flies and hits the target effectively. Improve your skills and abilities, get hold of all 25+ special skills.

Even if you lose access to the network, the game will continue. It will not become less dynamic from this. You need to download the hacked Last Hope Sniper – Zombie War: Shooting Games FPS on Android for free if you want to open more possibilities. Become a hero and savior, cleanse the world of monsters and save humanity.