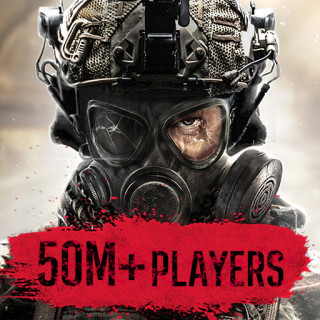 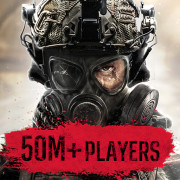 Left to Survive: Zombie Apocalypse Survival is an extreme action game in which you have to fight hordes of walking dead in order to escape.

Travel to a post-apocalyptic world where monsters have taken over almost everything. Your hero, together with several survivors, helps other people. But this unequal struggle demands from everyone the almost impossible. Build your camp to make it easier to hide from enemies. Use many types of weapons and ammunition. Fly a helicopter and destroy monsters using machine guns.

Gather the resources necessary for life in the cleared territories. Fight not only against walking, but also against other factions. They have nothing to stop at nothing to survive, just like you. Take part in single battles and 2v2 battles with real players. Zombies vary in size and have some features. You will encounter huge bosses and monsters that release poisonous gas when they explode.

Plunge into the atmosphere of endless struggle, where every patron is important. Do not lose the opportunity to download the hacked Left to Survive: Survival in the zombie apocalypse on Android for free, if you do not want to lack anything. Fans of the genre will appreciate the high-quality, detailed graphics, dynamic battles and atmospheric sound. Save the world in this game, then go to fight evil in DEAD TARGET: Zombie, Warface: Global Operations.

Mod “Infinite Ammo” will provide 1000 cartridges in the clip, remove reloading, give high damage, allow you not to waste consumable items (for example, knives and first-aid kits) after use. Pass the mission with the helicopter on the original APK from our website, then without deleting anything, install the mod.