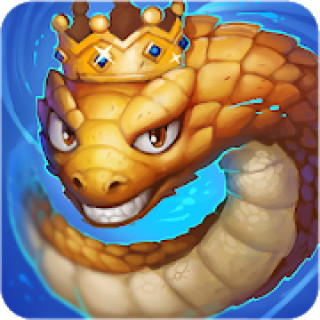 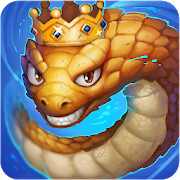 Little Big Snake is a colorful casual game in which you will try to become the biggest snake by destroying and eating smaller ones.

The game tells the story of the world of Ambrosia, whose inhabitants ate nectar. But the appearance of a poisonous bush led to the fact that food for all the snakes was not enough. And then the inhabitants decided to grow to such a size that they would become noticeable even to the king. To do this, you will have to destroy other snakes and feed on beetles.

Go out to the field, where amphibians of different colors and sizes are scurrying about. Collect nectar and grow to enormous sizes. Beware of other animals that are bigger than you. If you hit them, death is assured. But you can also kill the weaker and grow at their expense. Change the appearance of your hero and become a snake in the style of a robot, monster, skeleton, dragon, panda, log, burger and others.

Catch bugs and small creatures, get bonuses and power-ups. Decide to download the hacked Little Big Snake for Android for free to make the gameplay even more attractive. Test your reaction speed, agility, attentiveness and dexterity, prove that you deserve to become the largest and strongest.

Mod “Everything is open + no ads” activates VIP and removes ads.