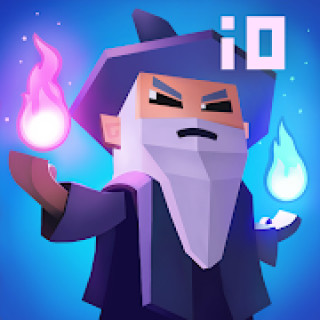 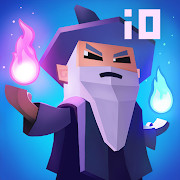 Magica.io is a mobile combat arcade game in the battle royale genre, where the player will take control of a wizard and fight other players, will have to remain the only survivor.

An excellent Battle Royale with very colorful graphics will immediately fall in love with any player who loves arcade mobile games, and even with a lot of magic. If you like not only to conjure, but also to destroy opponents, then we recommend downloading the hacked Magica.io for Android for free and try your hand not only against the computer, but also against live players from all over the world.

It can be played almost anywhere because the battles do not take much time. In Magica.io, as in all royal battles, you need to stay the last in the huge arena, while accurate hits with magic will give you experience, and you will get a level to which new abilities are pumped.

Also, this game has very beautiful and high-quality graphics with animations that will show the player how cool it is to be a wizard. The main advantage of the game is that there is a large selection of characters, a lot of spells, but the battles themselves last about two minutes, so this only plays into the hands of those who do not like long battles.

Mod “A lot of money” will allow the player to spend money and diamonds on any game content, regardless of price.