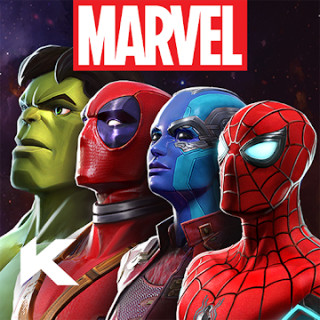 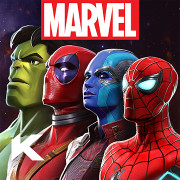 MARVEL: Contest of Champions is a beautiful action game featuring all the heroes and villains of the famous MARVEL universe.

The success of superheroes today is simply impossible to miss. Every second person wants to be Batman, Spider-Man or Iron Man, so it’s not surprising that games with this theme began to appear on the playground more and more often. We’ve already covered the LEGO Marvel Super Heroes, Mini Titans and MARVEL Avengers Academy games.

Today we offer to download the hacked MARVEL: Contest of Champions on Android for free, which not only took all the best from MARVEL’s creations, but also added spectacular battles, as it was in Mortal Kombat. There is no specific story in the game, you can simply complete missions while playing with your friends over the Internet or offline. In other cases, you just need to assemble your team and participate in one-on-one battles with any players.

Feature of MARVEL: Contest of Champions is that here you can unite any character into a team, even sworn enemies. Before you start a full-scale conquest of the whole world in the literal sense, your characters need to be properly pumped and this must be done correctly. Of course, MARVEL: Contest of Champions will give you hints about which qualities are better to pump for each character, but you can also refer to your ideas and logic.