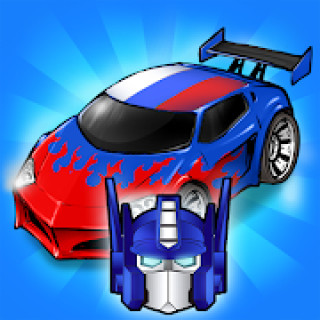 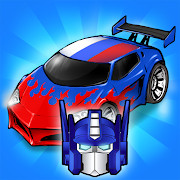 Merge Battle Car is a fun arcade clicker about creating a collection of cars.

In the game you have to collect unique combat vehicles in a huge garage. In the beginning, the gamer won’t have much transport. But having earned enough money, everyone can buy quite interesting specimens. Get generous rewards by sending cars to the races. For each completed circle, money is awarded. They should be used to buy new models.

You can also get cars of a higher level by combining 2 identical elements. Collect your collection of unique vehicles, among which there are not only cars, but also sports cars, and even trucks. Create colorful designs, apply styles that developers have come up with. Make cars in steampunk style, in the style of Spider-Man or Captain America.

Earn as much money as possible and become a tycoon in the car manufacturing industry. There is nothing easier than downloading the hacked Merge Battle Car on Android for free to get financial assistance from the very beginning of the game. Bright graphics, simple controls, entertaining gameplay will appeal to fans of the genre. Then try your economic skills in Merge Car game free idle tycoon.

Mod “A lot of money” will allow you to increase the amount of money when you spend it.