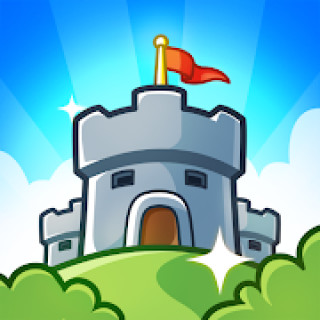 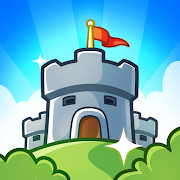 Merge Kingdoms – Tower Defense is an epic casual game where you have to defend the kingdom from the invasion of monsters and monsters.

You have been called to defend the borders of the wizarding world. More than 35 types of opponents want to break through the defenses. Don’t let necromancers, orcs, dragons, skeletons, werewolves and other creatures go further. Place towers, combine identical elements and come up with a strategy that can defeat every enemy.

Unlock and use 20 types of towers. They can be upgraded and combined. Unlock legendary and epic towers. It will not be difficult for you to download the hacked Merge Kingdoms – Tower Defense for Android for free to solve financial difficulties. Get busy not looking for money, but fighting.

Fight bosses every five missions, take advantage of six special bonuses and find chests full of treasures. As in another “tower defense” called Realm Defense TD – Tower defense requires a lot of attention, reaction speed and strategic thinking to win. Train and improve your skills to prepare for the final battle.

Mod “A lot of money” will help you get unlimited diamonds and upgrade points.