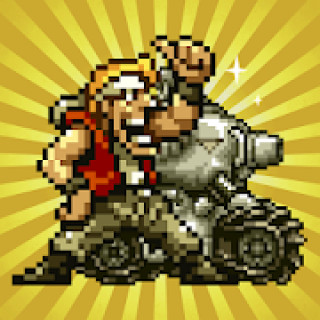 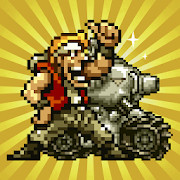 METAL SLUG ATTACK – atmospheric strategy “Tower Defense” in which you create a unit of ideal fighters and fight against advancing opponents.

Enjoy the improved old school pixel art and addictive gameplay offered by the developers. It will not be difficult for you to download the hacked METAL SLUG ATTACK on Android for free to make it easier to win. After all, truly epic battles await you. Choose from a variety of missions or defeat enemies in all.

Treasure Hunt, Attack, Battle School, Hostage Release – each of them will test your strategic skills and tactical thinking. Fight against numerous enemies, free, reflect attacks, defeat all the soldiers of Morgen. Play against real people from all over the world in Real Time Battle, where up to 4 people can fight at the same time.

Find like-minded people and achieve common goals in the “Guild Raid” and “Special Forces Unit” modes. Chat with your teammates using in-game text and voice chat. Upgrade your units by collecting items during battles, creating new items and unlocking powerful skills. Become a legend that others will beware of.

Mod “Many Action Points” will give a quick accumulation of AP (action points, for which troops are bought during missions).