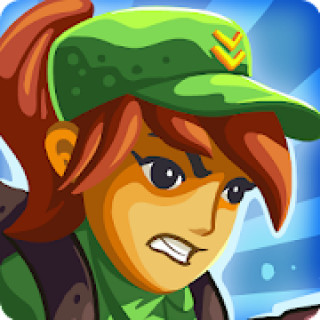 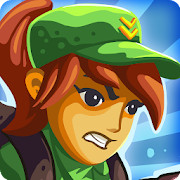 Modern Defense HD is a spectacular strategy about defending the base from the invasion of enemies using turrets with different characteristics.

Take command of the base defenders facing imminent death. Opponents attack, trying to destroy everything. But the player has turrets that can stop the attack. Think over where to put the towers. Try to combine and arrange them so that they enhance each other’s characteristics.

Open and use eight towers with different parameters. Shoot laser beams, freeze beams, fire and rockets. At the end of each level, you will defeat a powerful and big boss. Earn money for eliminating every tank, armored vehicle, truck and other equipment.

Change your location moving across forests, plains, deserts and snowy areas. You need to download the jailbroken Modern Defense HD for Android for free in order not to be limited in funds. Make sure that no team member is trapped. After all, in each tower a shooter works, who is ready for almost anything for the sake of victory.

Mod “A lot of money” will make you the owner of unlimited money.