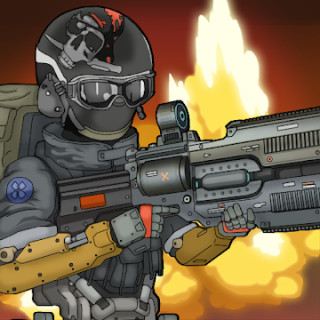 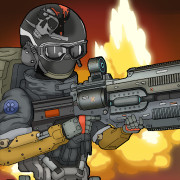 Mystic Gunner: Shooting Action is a crazy action game about fighting the monsters that conquered the planet 50 years ago.

Half a century ago, creatures came to the Earth who turned its surface into ash and brought only destruction. The Arches that appeared next did not simplify the task for the survivors. You will become a soldier who went out alone to fight monsters. Weapons, ammo and equipment along with combat skills will make you invincible. Complete missions in locations that are randomly generated.

Each level consists of areas. For example, in the “wave area” opponents attack from all sides. In the “equipment area” you can replenish health and pump individual abilities. In the “shop area”, buy the items you need. Do not lose the opportunity to download the hacked Mystic Gunner: Shooting Action for Android for free to increase your chances of success. Luck is vital in these inhuman conditions.

Change the difficulty modes depending on your training. Collect an impressive arsenal and equipment, master powerful skills that will unleash your potential. Explore hundreds of areas and win battles against several types of monsters with individual characteristics. Get rewards, complete daily missions, train your fighter and fight for the future of the people.

Mod “A lot of money” will not allow money and soul stones to be spent, will allow you to spend money, even if they are not enough. The mod will make it so that in the store section you buy any boxes, even if there are not enough soul stones. If you can’t access the game, use a VPN.