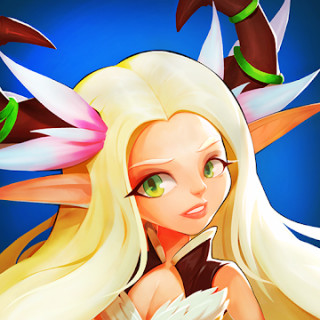 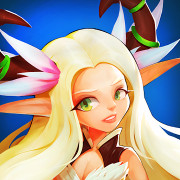 Nano Legends is an original strategy that gives you the opportunity to control an army of nano-heroes, the war between which has been going on for many years.

At the beginning of the game, you will find yourself in a witch’s antique shop named Aillai. For a thousand years, she has amassed a collection of artifacts and curiosities to bring the miniature warriors of Nanos to life. Take part in the war between them. If you want to download the hacked Nano Legends for Android for free, it will become easier to win. Each battle only lasts three minutes. During this time, it is necessary to destroy all the enemy towers, trying not to be under fire.

Gather heroes with unusual abilities into a team. Someone knows how to heal, another shoots freezing arrows, the third attacks opponents with fire. Unlock and collect all the champions, develop their skills and abilities. Change the scenario of the battle using miracles. Make the heroes walk on the water, crush the victims with a giant fist or arrange unforgettable traps for them. Drag warriors across the field so that they find themselves in advantageous positions.

The battles will unfold in picturesque locations. Use the features of the landscape to your advantage. Combine heroes so that they strengthen each other. Come up with tactics, stick to it without changing, or make life-changing decisions quickly. Unlock achievements and win rewards that will help multiply the power of champions. Collect a collection of character skins. Have a great time winning PvE and PvP battles.

Mod “A lot of mana” will equip with unlimited mana.