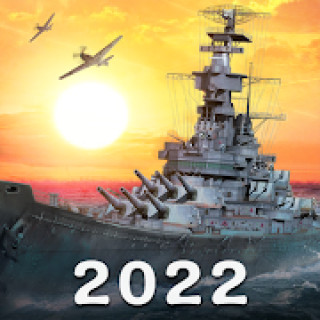 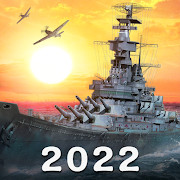 Naval Battle: World War is a military simulator where you will fight with ships.

The events in the game take place during the Second World War. You are going to become the commander of a warship and take part in numerous operations. 10 episodes, 50 levels of varying difficulty will not let you get bored. You will perform tasks not only for the direct destruction of enemies, but also hidden search missions, protection of other ships, escort.

7 battleships equipped with the best weapons of the first half of the 20th century will be indispensable help. Improve the capabilities of ships, add guns, missiles, armor, radars, torpedoes. Improve your captain’s skills and get extra points. Get into the places of real military operations and defeat the enemy.

Colorful detailed graphics, exciting gameplay, bright explosions and convenient controls will create an atmosphere of presence in the places of events. If you decide to download the hacked Naval Battle: World War on Android for free, the gameplay will become even more pleasant for you.

Mod “A lot of money” will give access to unlimited currency. To do this, you need to run the game with the Internet turned off. If the game asks to turn it on, turn it on, after the main menu of the game appears, you can turn it off.