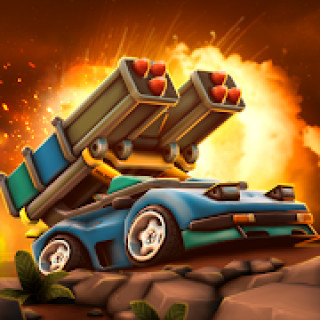 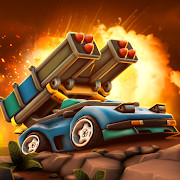 Pico Tanks: Multiplayer Chaos is a beautiful tank action game where the player will have to fight other players in 3v3 battles.

Incredibly interesting battles on a tank field, with freaky graphics and equally cool animation. There are several types of battles in the game: capture of the flag, capture of cargo and team battles, in which you have to take control of the tank and complete a deadly mission. Create your own unique tank, modify it, attach first-class equipment and go to fight other players. If you like the theme of tanks, then on our website you can find another interesting game Tanks A Lot!

The game looks very fun, dynamic, colorful and great to play on mobile devices. We recommend downloading Hacked Pico Tanks: Multiplayer Mayhem on Android for free and taking control of the legendary tank. Personalize your tank, start by choosing a base for the tank, attach cool weapons to it and use abilities to win the game.

Mod “A lot of money and diamonds” will allow the player to fully customize his tank, hang the best equipment on it.