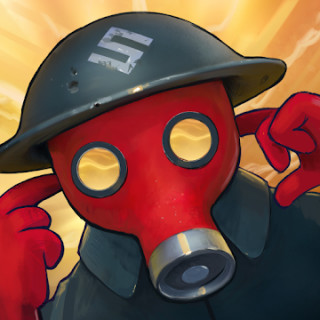 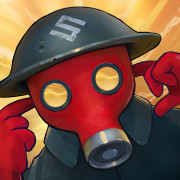 REDCON is an entertaining strategy game in which you will lead a fort and fight against the rebel army of a traitor general.

The game takes place in an alternate reality. Here the First World War did not end, turning from active hostilities into a predominantly cold confrontation with rare battles. You are the Commander in charge of the Imperial army. Try to defeat General Krantz’s minions in each of 18 levels. Do not miss the opportunity to download jailbroken REDCON for Android for free so that nothing prevents you from succeeding. The enemy is strong, try to keep up with him.

Build an impregnable fort. Place weapons, shields and service structures in it. Fire at the enemy from machine guns, cannons, laser installations, launch missiles, bombs and send saboteurs. On the left side of the screen is your base, on the right – the enemy’s fort. Unlock new types of technologies, weapons and means of protection. Unlike the Troops of 1917: trench warfare World War I, hostilities unfold over the land. Your task is to destroy the enemy base.

Aim and shoot. Use the “Active pause” function and issue several commands at once: repair the base, eliminate destruction and attack. Conquer and assign new forts, win bonuses and rewards that will help you in battles. For high-profile victories, you need strategic ability, agility, reaction speed and developed intelligence. Only by learning to predict the actions of the enemy will it be possible to win.

The “Everything is open” mod will allow you to unlock the full version of the game.