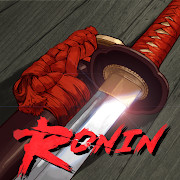 Ronin: The Last Samurai is an interesting fighting game where you, as a samurai, set out to take revenge on your opponents.

Become a brave samurai whose teacher and lord were killed by opponents. According to the law of honor, you must find and kill everyone who is responsible for Sensei’s death. Pick up a sword and embark on a great journey in the name of revenge. Every day will be filled with death and blood of enemies. Swing your sword, lunges, attack and defend yourself – this is the only way to achieve what you want.

With each rival killed, your skills and abilities will increase. Improve the hero’s fighting technique and make it stronger, faster, because the forces of enemies will also only increase. Change the character’s costumes and unlock new types of weapons. Call for help from pets, which can also be of invaluable help. Think over the battle tactics and guess the strategy of your opponents.

Plunge into the atmosphere of Japan, because the graphics are made in the traditional style of Japanese painting. All the characters and the environment seem to be made with ink on paper. Feel free to download the hacked Ronin: The Last Samurai for Android for free if you want to get more features from the very beginning of the game. Become a real samurai, for whom honor is even more important than your own life.

Mod “Menu” will give immortality, great damage and the ability to go through training without using the mod menu. To do this, after starting the game, click on the round button at the top left to open the mod menu.