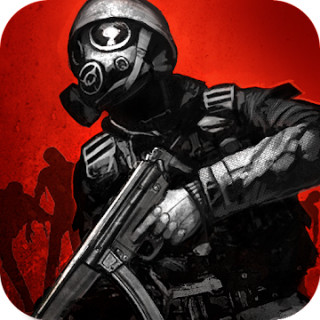 SAS: Zombie Assault 3 is a furious action game about the battle of soldiers with hordes of walking dead that have invaded the entire planet.

The zombie apocalypse has turned the Earth into a wasteland, inhabited by crowds of bloodthirsty creatures. You will become one of those who fight against evil spirits and fight for a free future. Play alone or in teams of four in multiplayer battles. Fight nine types of creatures with different looks and combat characteristics. To eliminate them, you will need the entire arsenal.

Take advantage of 44 types of cool weapons, including submachine guns, machine guns, flamethrowers, grenade launchers and several types of explosives. Develop your character up to level 50, each time pumping his abilities and skills. Show what you are capable of in three brutal modes: Assault, Purge and Apocalypse. Explore eight detailed maps with hazardous areas and a variety of obstacles.

Upgrade not only the character, but also the existing weapon. Because each next battle will be more terrible and more difficult than the previous ones. Don’t waste the opportunity to download the hacked SAS: Zombie Assault 3 for Android for free to get more pleasure from the process. Keep saving the world in SAS: Zombie Assault 4. Thousands of monsters are waiting for someone to dare to stop them.

Mod “A lot of money” will help you get endless game currency.