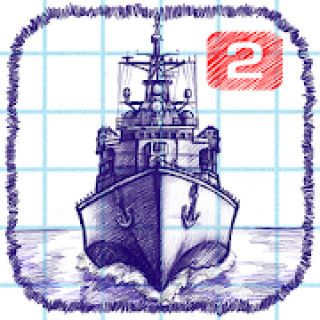 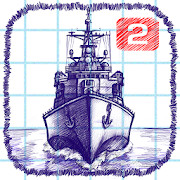 Sea Battle 2 is the second part of the popular game about battles of ships on paper.

In the game you will find classic battle modes, as well as many radars, mines, submarines, planes, ships that can be placed on the battlefield to strike the enemy and sink enemy ships. Having built the right strategy, the opponents will have no chance of winning. You must download the hacked Sea Battle 2 and start a competition with users online from all over the world.

The game has a separate chat field for communication, but it does not affect the game in any way. The graphics completely repeat the Sea Battle, but the variety of vehicles has increased significantly. The local game will delight you with many difficulty levels. By winning battles, you can earn points and rise from a cadet to an admiral. Fighting with friends via Bluetooth is available.