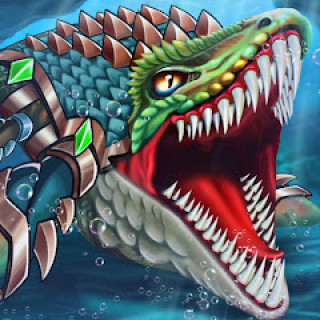 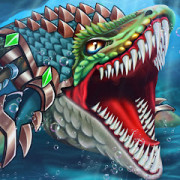 Sea Monster City – build your sea city with rare species of fighting fish, evolve and fight against other predators.

An interesting and rather unusual game where the player has to dive to the deepest seabed and rebuild his own unique underwater city there. Wonderful graphics and cool music only add to the advantages of the game, and the variety of marine life and those you can create is simply amazing. On our site you can find and play an equally cool game called Jurassic Dino Water World.

In addition to construction and development, the game also has a combat mode, where you will fight and defend your possessions from enemy attacks. Also, the game has a very interesting system for crossing new species of fish. If you love the seabed, underwater fauna, then we advise you to download the hacked Sea Monster City for Android for free. Experiment, create new fighting fish, or you can hire and buy ready-made ones that the game offers.

Mod “A lot of money” will allow the player to get the opportunity to freely build new buildings, as well as hire a large army of dangerous fish.