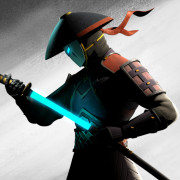 Shadow Fight 3 is the continuation of the incredible fighting game from NEKKI in the world of shadows.

If the player decides to start a battle, the amazing atmosphere, realistic animation and graphics will capture him for a long time. Fans of the genre will also not disregard Shadow Fight 2. According to the plot, there are three factions in the world of shadows: Heralds, Legion and Dynasty. Each of them has its own view of shadow energy. If the representatives of the Legion want to destroy a powerful force, then the Heralds have learned to use it for the benefit of their clan.

The people of the Dynasty grouping want to take control of all the enormous power. You have to choose which side you will fight on. Fighters from different clans have their own fighting style, strengths and weaknesses. Ammunition and weapons, which are unlocked with the passage of each level, improve the strength of the warriors and increase the chances of success in boss fights. The game map will pleasantly surprise you with amazing stories and incredible locations.

In addition to the main storyline, additional missions have been created to receive special rewards. There is also an opportunity to fight with the characters of real players in the “Duel” mode. By fighting, attacking, anticipating the movements of the opponent, you can create more powerful blows with the help of shadow power. To increase the chances of a quick and stunning victory, it is worth downloading the hacked Shadow Fight 3 for Android for free.

Mod “Menu” will make your enemies dumb and give you the ability to inflict increased damage, which will play a decisive role in the dynamic struggle.