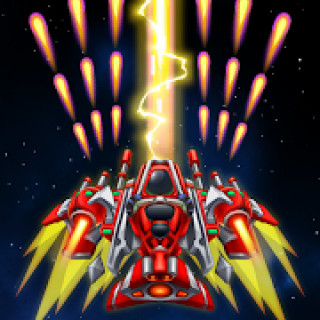 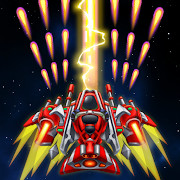 Sky Raptor: Free Space Shooting Games is a fast-paced arcade game featuring battles that take place in space to save the Earth.

Alien invaders again want to enslave the Earth. It looks like the sad experience of the “colleagues” from Invasion of the Galaxy: the space shooter was not enough for them. But the Sky Raptor crew members will not allow capture. You will become one of the pilots who controls a spaceship that destroys aliens. Enter the battlefield, move, shoot and try not to die.

Play in multiple modes. Start with the “Campaign”, passing over 150 levels of which you will pump with might and main. In Endless Mode, the battle never ends, try to survive as long as possible. Or, join the multiplayer battles in “PvP mode: 1v1”. Blast and shoot thousands of small ships and giant bosses.

Collect the dropped items that will help you in the future. Unlock different types of fighters, upgrade them with equipment and weapons. A smart combination will make you invincible. You need to download the hacked Sky Raptor: Free Space Shooting Games for Android for free to use all the power without being distracted by anything. Do not forget that you are the last hope of humanity.

Mod “A lot of money” will allow you to become the owner of endless diamonds, gold coins and energy.