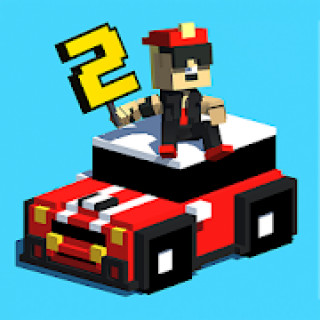 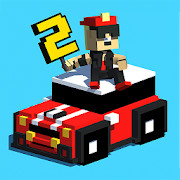 Smashy Road: Wanted 2 – a colorful action game about an incredible pursuit of the police and other law enforcement officials for an almost harmless driver.

The idea of ​​the game is similar to other parts – Smashy Road: Arena, Smashy Road: Wanted – here the police didn’t like your driving either and they decided to stop you. But it was not there, the hero is not as simple as it seems: the government is looking for him. Instead of humbly parking on the side of the road, he hits the gas and rushes forward. The cops who have remained in the fools decide to catch up and teach him a lesson.

Race on 30 different types of transport, each of which differs in appearance and behavior on the road. Find the most comfortable one among them. You can also download the hacked Smashy Road: Wanted 2 for Android for free to make the race even more enjoyable. Choose one of 30 characters or stop at your favorite secret hero, their number reaches 6.

Cross a wide variety of locations and even drive around secret locations. The randomly generated levels will keep you busy. Earn money by completing tasks and buy new vehicles or improve the existing ones, you can open 6 more secret ones during the game. Enjoy dynamic and spectacular chases, when even the army, special forces and helicopters are chasing you.

Mod “A lot of money” will give a lot of money and access to purchased paid cars and characters.