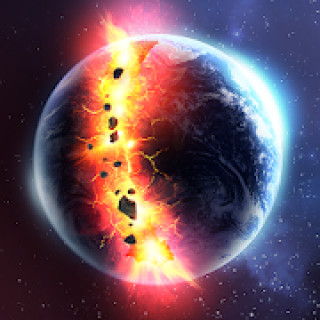 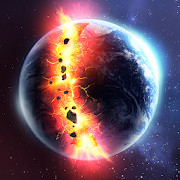 Solar Smash is a simulator of the destruction of the planet in various ways on Android ..

There were so many games, what simulators you didn’t find on our website, but this is the first time we have a planet destruction simulator. In this unusual, but very interesting game, you can feel like the creator of the whole universe, who in one second can destroy any planet that he wants. And here the matter is not even in the schedule, but in the process of destruction itself.

Therefore, do not miss the opportunity to download the hacked Solar Smash for Android for free, thereby, you can get real pleasure and satisfaction from the gameplay. The game interface is designed in such a way that absolutely all the abilities that you will use on a space object will be located at the edges of the screen. That will allow you to watch the complete destruction of the planet.

The game immediately impresses with its graphics and 3D models from the moment it was launched, which has a very good effect on its popularity. At the moment, the number of downloads exceeds 10,000,000 times, which is quite a large figure. You can simply indicate the planet, choose from which weapon it will be destroyed and observe from the side, rotating it 360 degrees.

The “Everything is open” mod opens all the paid content of the game.