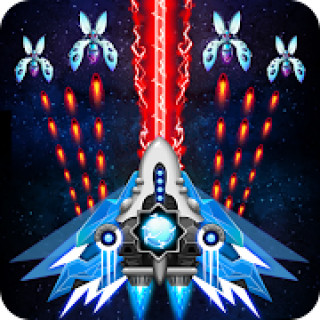 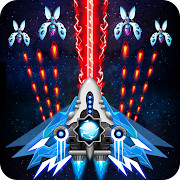 Space Shooter: Galaxy Attack is a legendary space arcade game in which each player will become the captain of a ship, going to defend the universe.

The earth is in danger! Unfriendly aliens want to destroy the planet. All hope is on you! Sit at the helm of the spaceship and go to surf the universe. Fight hordes of aliens whose ships are equipped with the best weapons. You will have to fight against a huge number of enemy ships. They move as a single flotilla, perform maneuvers and want to surround from all sides.

But the strength and courage of the captain will not allow them to succeed. Do not miss the opportunity to download the hacked Space Shooter: Galaxy Attack for Android for free to increase your chances of winning in an unequal fight. Just move your ship across the field and shoot at opponents. Try to prevent shells from hitting you.

Collect the drop-down bonuses and rewards that will be needed for defense and attack. This game resembles Galaxy Attack: Alien Shooter. Buy new ships with more powerful and powerful weapons. Take part in PvP competitions and fight against real players. Collect the most points and climb to the top of the global leaderboard.

Free Shopping mod will give free purchases for real money in the game store, purchase of VIP status, paid ships, crystals, and provide God mode. Attention! The game starts with a slight delay.