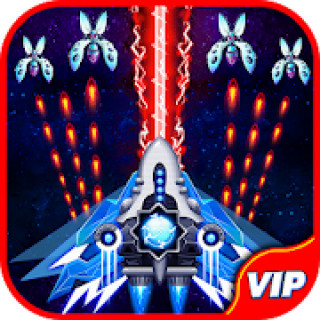 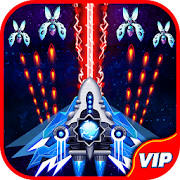 Go to conquer endless galactic distances. Sit at the helm of an ultra-modern fighter and destroy alien ships that are aiming at planet Earth. Shoot without stopping, no alien should survive. Use shields and armor to protect yourself from enemy attacks. Unlock new, more powerful fighters. Change guns and become invincible.

Fight against huge bosses and a dishonorable number of their minions. Complete all exciting levels and feel like a fearless captain. Retro graphics and old-school soundtrack, simple controls, addictive gameplay will give you hours of addicting gameplay. You can continue your adventures and battles against unfriendly inhabitants of other planets in Galaxy Attack: Alien Shooter (Premium).

To make this game even more enjoyable, you need to download the hacked Space Shooter: Galaxy Attack (Premium) for Android for free.

Mod “Free shopping” will allow you to make free purchases in the store and will give immortality.