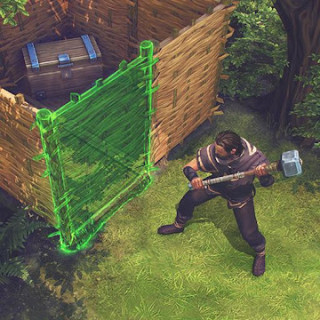 Stormfall: Saga of Survival is an exciting survival simulator about a journey through a fantasy world as an exiled lord, where the hero will have to really try to survive.

Become a lord who was betrayed and exiled from the kingdom. Your hero will find himself on the Eastern frontiers – the most distant, unexplored and dangerous lands of the world. Meet other exiles, wild animals and monsters on your way. What you will do with them when you meet depends only on your desire. Collect resources that can be found around. Craft tools, equipment and weapons.

Build a shelter to defend against enemies. Watch your hunger and safety. Upgrade your hero’s ammunition and weapons, expand your arsenal. Tame wild beasts: a horse, a mystical wyvern, or even a fire-breathing dragon. Learn magic by creating runes and spells that you can use on your journey. Go to conquer dense forests, dark caves, ancient ruins and snow-capped mountains.

Unlike Day R Premium, Last Day on Earth: Survival, you will fight not only zombies, but also monsters, mutants, huge spiders, stone monsters and resist ancient magic. It is worth downloading the hacked Stormfall: Saga of Survival on Android for free if you want to improve your capabilities. Become a brave hero whose weapons will bring peace to the cursed lands.