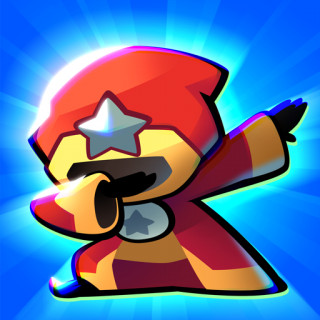 Summoner’s Greed: Endless Idle TD Heroes is an awesome tower defense strategy game in which you’ll have to defend a stolen treasure chest.

Your hero is a crazy guy. He dared to steal a chest of jewels and artifacts from under the very nose of the king. But such impudence will not be forgiven for a thief. The best heroes of the kingdom were sent to teach the impudent a lesson. Don’t let the soldiers get to the hero’s dwelling, repel attacks whose strength will only grow.

Place monsters and defensive structures and repulse opponents. Get cash rewards after each victory and invest in buying new warriors and tower types. Each of them will have unique characteristics and abilities.

You will not be disappointed with funny cartoon graphics, intuitive controls and entertaining gameplay. You will need to download the hacked Summoner’s Greed: Endless Idle TD Heroes on Android for free if you want to increase the chances of success in battles. Fight against other players and prove what you are capable of.

Mod “Free Shopping” will allow you to get free purchases for real money.