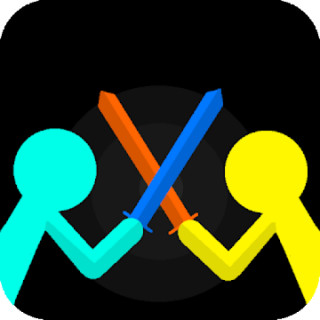 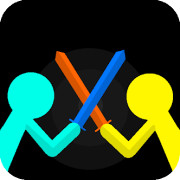 Supreme Duelist Stickman is an uncomplicated action game where you take part in duels in which stick men will try to kill the enemy.

Go to a world where stickmen fight with a variety of weapons. If you immediately try to download the jailbroken Supreme Duelist Stickman on Android for free, you can simplify your task. Despite the rather simple graphics, it will not be so easy to defeat the enemy. Your task is to hit and kill your opponent before he does the same to you.

Jump, dodge and don’t forget to attack. Find yourself in different locations, which can also have traps that prevent you from fighting. Change the look of your character, put on hats, masks for superheroes and other pop culture characters. Use a pickaxe, sword, sticks, bow and arrow, machine guns, pistols, rifles, hammers and unusual items such as a huge ice cream cone.

Choose the mode that you like best. Fight against artificial intelligence in One Player mode or compete with real people in Two Players. Perhaps you prefer Survival, where dozens of stickmen are waiting. If you want to enjoy even more spectacular battles, check out Stickman Fighting – Stickman Supreme Warriors. You will definitely like more weapons, skins and battles.

Mod “A lot of money” will give a lot of money, remove ads. Ads removed unlocks full skin (no currency level).