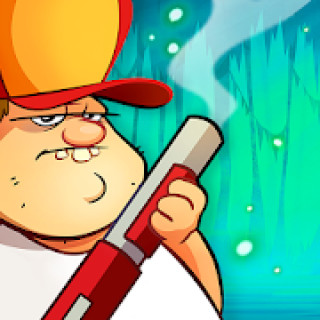 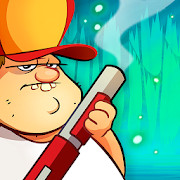 Swamp Attack is an interesting take on the classic action game about fighting monsters.

How do you react if monsters from the swamp attack your house? Perhaps someone will decide that it is time to sell this unnecessary house to anyone in the backwoods, but an old nameless farmer decided to win back his lawful lands from all mutants. If you are ready to join him in this battle, then we advise you to download the hacked Swamp Attack for Android for free.

The player’s task is quite simple, you just need to shoot any living creatures that only dare to move in your direction and you should not be too moved by some representatives of the fauna of the local swamps, because they can always gnaw off some limb for you. The game is somewhat similar to Zombie Catchers, but instead of zombies you need to shoot mutants, and the cleanup takes place not all over the Earth, but only in your swamp.

In the beginning you will be alone, but over time, the rest of the inhabitants of the house will get out of their rooms to help you. In Swamp Attack, you will surely enjoy the abundance of weapons, from simple firecrackers and knives, to automatic targeting firearms. During the attack, do not forget about the bonuses, gifts and cartridges that are poured from your enemies, because sometimes there are so many of them almost on the doorstep that only a couple of bombs or a little fire can save.