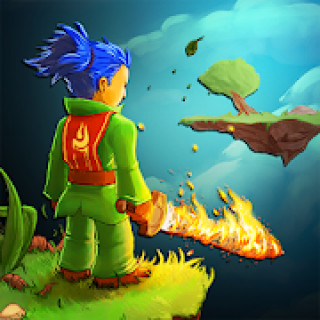 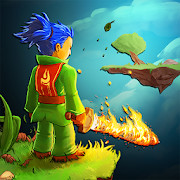 Swordigo is one of the oldest and most popular platformers from the studio Touch Foo, which became legendary in its time and currently has about 10,000,000 downloads.

Platformers love absolutely everything, from young to old, which is why Swordigo was so popular at the time. At the moment, support for the game is still ongoing, and in order to play it, you just need to download the hacked Swordigo for Android for free, especially since the plot in the game is well developed.

Since the game takes its origins from the distant past, then, of course, it cannot interest us with its graphics, but this is the highlight of the game. Cool hand-drawn graphics, plus skillfully added atmospheric music make Swordigo not just a platformer, but a real masterpiece. The plot of the game begins with the fact that the main character, after not having a very good sleep, learns that his teacher went to the forest at night and disappeared.

Of course, the main character goes after him without a second thought, and here a very interesting and exciting adventure awaits us. In addition, in Swordigo, with each level increase, you can pump your character, improving health, attack power or magic. The developers also did a good job on the monsters and NPCs, because the complexity of the monsters is only increasing and without bosses, the matter was also involved.

The “Everything is open” mod will allow the player to enjoy the game without being distracted by buying new content or advertising, because it is simply disabled.