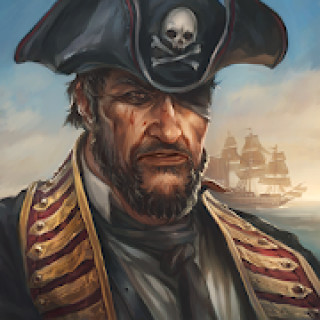 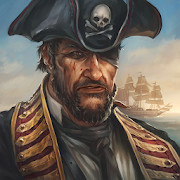 The Pirate: Caribbean Hunt is an exciting pirate action game where the player will control a ship and rob ships.

The game is an incredibly atmospheric action game that will immediately plunge the player into the heart of the Caribbean Sea, where pirates and other robbers flourished. You are lucky enough to become a real captain of a pirate ship and go on an unforgettable adventure towards robberies, battles and treasure searches.

In total, there are about 20 classes of ships in the game, which will open with the passage of the single player campaign or the completion of third-party quests. Unlock new territories and try another pirate game waiting for its captain: The Pirate: Plague of the Dead. This strategy will open your eyes to the world of pirates, to their life and adventures. Fight with other pirates and ships for power over the sea.

The huge map hides many secrets and treasures that you will certainly have to find in order to create an invincible fleet. In the meantime, we advise you to download the hacked The Pirate: Caribbean Hunt on Android for free, where you will not only fight in the sea, but also pump your character and the skills that he will have. Although this is a pirate action at sea, there are also elements of strategy and even an RPG.

The Free Shopping mod allows you to buy ships, upgrades for them, and even weapons, completely free of charge.