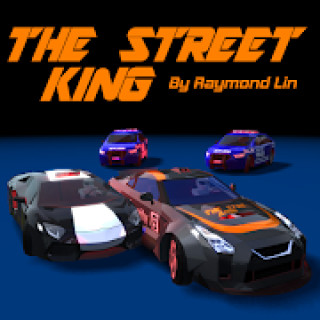 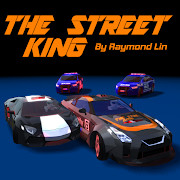 The Street King: Open World Street Racing is an unimaginable city street racing game where you have to not only win, but also flee from the police.

The game is a classic arcade racing game with several game modes and a huge number of sports cars. An open world, 50 miles of roads, and countless vehicle upgrades are what awaits you in this game. In The Street King: Open World Street Racing you will have to compete not only in the city, here you have to show your strength in mountainous terrain, canyons and even conquer snowy peaks on your iron horse.

But do not forget, the faster you drive, the more cops will be on your tail and to break away from them, you need to be the most reckless racer on the planet. And for fans of drag races, there is a suitable game on our site: Drag Battle: Racing Challenge. To begin with, the player will have to get acquainted with the single player campaign. It is incredibly entertaining and the adventure along the night trails will take your breath away.

Do not miss the opportunity to download the hacked The Street King: Open World Street Racing on Android for free, because in addition to single-player races with artificial intelligence, you can challenge real players from all over the world, testing your swallow for strength. Great graphics, dashing chases and escape from the police, this is what a real modern racing game should have. Physics and damage have been done really well, making them realistic. At any time, with a strong skid, the car can stall, and the sensors start to malfunction. So get ready for the craziest racing game on Android.

Mod “A lot of money” allows you to buy cool cars and body kits, not paying attention to the game money account.