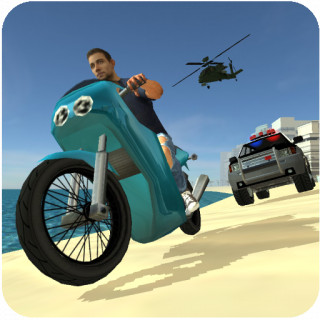 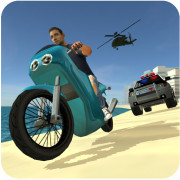 Truck Driver City Crush is a dizzying crime action game where anyone can learn to steal cars and even become an authority in the underworld of a big city.

People come to the southern metropolis to earn money, just like your hero. He knows how to steal cars and decides to make money on this. Subsequently, he will even be able to put together his own gang and conquer part of the city. But this path will be long and difficult. Complete tasks, the icon of which will gradually appear on the map. Get experience and money for each successful mission. And between them, explore the city, stop by the port and search the ships.

There can be some pretty impressive chests. They can be found in other parts of the city as well. Not only steal cars, but also take part in bandit shootouts, attack military bases. But before that, make sure that the health bar is full, and there is enough ammo even for fierce battles. Go to the store to buy improved weapons, cool outfits and equipment.

The Free Shopping mod will allow you to increase the amount of money when you spend it.