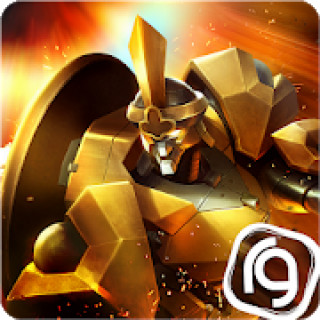 In the game, events take place in the distant future. People stopped participating in battles. They were replaced by giant robots like in Real Steel World Robot Boxing and Real Steel Boxing Champions. A lot of people come to watch the spectacular battles. Gather your team of robots and beat your opponents. You will have access to 45 types of iron colossus, which differ in characteristics and abilities.

Inspired by fire-breathing dragons, ninjas, monks, ancient gods and gladiators, they are mind-boggling. Get amplifier cards and create instruments of death. Let your team win every battle. Train and train your warriors, create incredible combinations, where each enhances the abilities of the other.

Cool three-dimensional console-level graphics, force-shader animation, realistic physics, simple, convenient controls, dynamic battles will not leave you indifferent. And if you decide to download the hacked Ultimate Robot Fighting on Android for free, the game will become even more interesting.

Mod “A lot of money” will allow you to get a lot of silver coins.