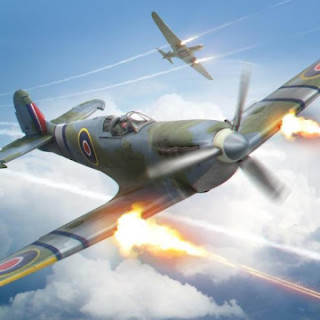 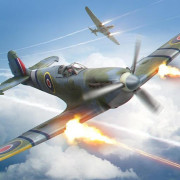 War Dogs: Air Combat Flight Simulator WW II is a crazy simulator that invites you to participate in the historical campaigns of World War II as a pilot.

The war is relentless, almost the entire planet was under fire due to the actions of the Nazis. Start the plane and take to the air to complete missions with brilliance. There is nothing easier than downloading the hacked War Dogs: Air Combat Flight Simulator WW II for Android for free to solve all problems from the first minutes. Fly 24 aircraft from five countries. Select arcade or simulator mode.

The game provides five single “Campaigns”. In each of them you will have to fight on the side of one of the countries: Germany, Japan, USA, USSR and Great Britain. Fly over islands, deserts, coasts, villages and mountains. Drop bombs, destroy targets on the water, in the air and on land. Land at airfields and aircraft carriers.

Upgrade aircraft: add weapons, armor, improve individual parts and repaint the hull. Fight not only with artificial intelligence, but also with real people in the “Multi-game”. Invite your friends, gather a squad and defeat opponents in team battles. For even more variety, check out Wings of Steel. Become a part of exciting events that will turn you into an ace.

Mod “A lot of money” will provide unlimited reserves of game currency.