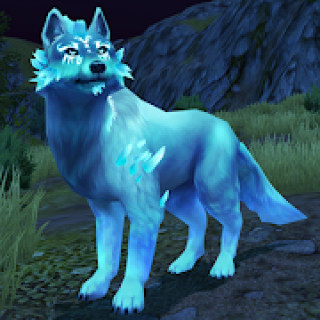 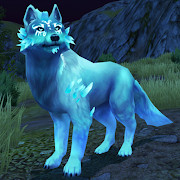 Wolf Tales – Online Wild Animal Sim is a fantastic RPG in which you become the leader of wolves and try to lead your pack to prosperity.

Lead the pack following the disappearance of the Dread Wolf, the former leader of the predators. Choose a color and set off to explore a big and full of dangers world. Hunt animals and take part in breathtaking battles against clans of other players. Think over every step so that your team members not only survive, but also win battles.

Start a family and raise cubs. They will have stronger qualities than their parents. Take the little ones to hunt and raid other flocks. Dig underground tunnels and create safe living conditions. Develop the abilities of the animal, enhance all of its skills. Unlike The Wolf, here you can achieve magical powers. Learn to fly, turn into invisibility, let the hero have three heads.

Learn the history of wolves. Fight the king of tigers, find a way to defeat ancient giant dinosaurs and fight the pollution of the Great River. Try to download the hacked Wolf Tales – Online Wild Animal Sim on Android for free to get access to all the possibilities. Collect items, solve quests, capture the homes of enemies, fight enemies and become the best leader of your clan.

The “Everything is open” mod unlocks the VIP.