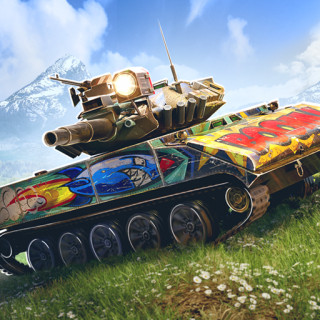 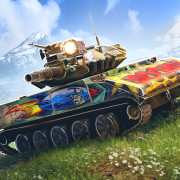 World of Tanks Blitz is a cult online simulator about tank battles.

Military equipment simulators have long become something special and iconic. What is only Sky Gamblers: Air Supremacy and Sky Gamblers: Storm Raiders, which have received many awards and praise from gamers. But today we advise you to download World of Tanks Blitz for Android for free, and this is especially true for fans of ground military equipment. You will become a tank driver who went to the battlefield and can turn the tide of the war.

Together with you, one or several friends can go to battle, since the game allows you to use multiplayer, which means that an online game is available. There are a lot of different tanks in World of Tanks Blitz. If in the beginning you are given the simplest and most unpretentious option, then over time you can buy any other. To get gold, you need to attack and undermine enemy tanks, as well as complete the recommended tasks for the day.

The game has more than two dozen combat locations and more than two hundred tanks, which can be studied in every possible way, looking at how beneficial a particular move is. Controlling a tank is not very difficult, World of Tanks Blitz supports a controller, but even without it, you can easily turn your car and attack by simply pressing the necessary keys on the screen.