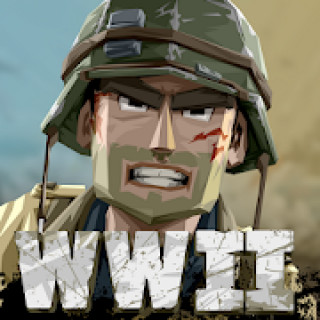 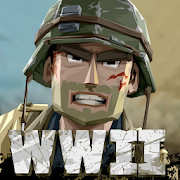 World War Polygon: World War II shooter is a fantastic first-person shooter that will take you back to World War II, where you have to fight fascism for the freedom of the whole world.

Plunge into the atmosphere of the events of the 40s of the XX century. Become a part of history, take part in the war against the fascists. Start your journey with the landing of allied forces in Normandy, or help fight for Stalingrad. Whatever you choose, the path is directed towards Berlin. Use weapons, consumables and equipment, upgrade them as your hero develops.

Go through a fascinating story with missions, tasks based on real events in a single player game. Or you can choose online 4×4 battles, where you will unite with allies against the Nazi coalition. Also gain the upper hand in daily missions in which you have to destroy hordes of fascist zombies. In this interesting detail, the game is similar to The Walking Zombie 2: Zombie shooter.

Enjoy detailed high-quality graphics, intuitive controls, dynamic battles and a captivating storyline. Do not miss the opportunity to download the hacked World War Polygon: World War II shooter on Android for free if you want to increase your chances of survival and victory. Upgrade your strategic thinking, logic and military tactics while having fun at the same time.

Mod “Infinite Ammo” will allow you to kill with one shot and will give an unlimited amount of ammunition.