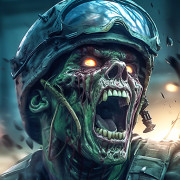 Zombeast: Survival Zombie Shooter is an epic action game where you have to fight hordes of walking dead that flooded the city in order to simply survive.

Enter an alternate world that is literally teeming with zombies. You will become one of the survivors, who has not yet suffered a terrible fate. But you have to run, take cover and shoot the dead to survive. Explore the whole city, where bloodthirsty monsters are walking in every street, around every corner, in every room.

Learn to use dozens of weapons: pistols, machine guns, miniguns, sniper and assault rifles, shotguns and explosives. Expand your arsenal to destroy everyone. It will not be difficult for you to download the hacked Zombeast: Survival Zombie Shooter on Android for free if you want to simplify the tasks. Rely only on yourself, because no one else will help you.

Shoot and blast creatures that have different looks, sizes and abilities. So you have to confront fat zombies, jumping poisonous zombies and crazy dead with swords. Hide behind barricades and cars, move quickly and kill as many monsters as possible at a time – only this will help you to survive.

Mod “A lot of money” will allow you to get endless game currency.