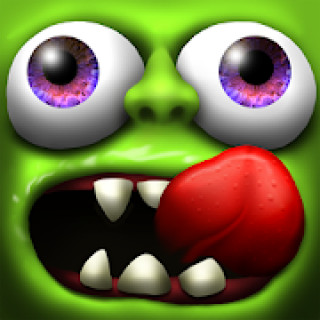 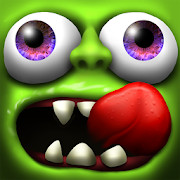 Zombie Tsunami (ZOMBIE TSUNAMI) is a rather funny arcade game that will take you into the world of unusual zombies and their adventures.

Most games that tell about zombies in one way or another are most often aimed at surviving in a new and terrible world. A good example is the games DEAD TARGET: Zombie and The Abandoned, but if you are tired of this gloom and want to see something new and unusual on your favorite topic, then we advise you to download the hacked Zombie Tsunami for Android for free.

In this game you will play exactly as zombies who started their journey around the world and want to capture it. Your task is to turn all life on its way into the walking dead, but be careful, because the survivors can destroy you pretty quickly, so the best defense for you is to create a huge crowd of the dead, which will sweep away everything in its path.

There is a wide variety of monsters in the game, you can play as an ordinary unremarkable zombie or an advanced robot, which is also controlled by a dead man. Start your journey into a rather unusual post-apocalypse world. The game is made in nice graphics, which is somewhat reminiscent of old plasticine cartoons. In Zombie Tsunami you will find over 50 different levels, as well as daily quests that will unlock new characters.