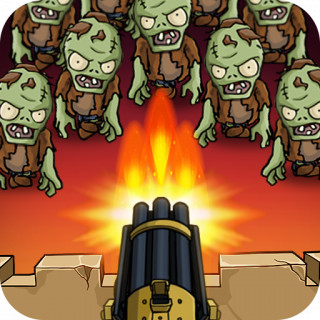 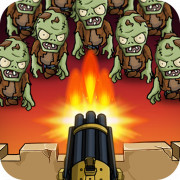 Zombie War: Idle Defense Game is an arcade action game, the essence of which is to defend the base from the invasion of the zombie army.

A very cool arcade game with TD elements, in which the player will defend the barricades built against the zombie army, because they will attack endlessly. With each level, zombies will become more and more powerful, so it is necessary to improve not only the defense turret, but also hire heroes who will also defend the wall. In total, you can put up to 4 heroes, whose abilities will be radically different.

The style of the level and enemies will also change. In one level you will fight the American army of zombies, in another they will already arrive on starships, and in the third time they will turn out to be pirates! Heroes in the game can shoot not only from their trunks, but also some of them have magical abilities. In order for you to be able to defend the base, you must not forget about pumping guns and heroes. But that’s not all.

So that the game does not seem so easy, then ultra-strong bosses were introduced into it. Now try to defeat them. If you like games in the TD genre, then on our site there is a great game in this subject: Tower Defense King. The game has cool daily, by completing which, you will receive valuable coins for pumping.

Mod “A lot of money” allows you to buy heroes, because money and diamonds will not decrease with spending. Also, ads are completely disabled.